Tax incentives can play a potentially important role in encouraging green investment, but must be transparent and clearly linked to environmental benefits. There is a need to broaden the base of investors which is likely to require mechanisms to reduce risk – for example through blended finance projects. Obtaining tax certainty, especially over the treatment of structures which require intermediate holding companies to access a wide range of investors is also key.

On Tuesday 11 August the sixth roundtable in a series on potential tax policy responses coming out of the COVID-19 environment was held. Sponsored by KPMG International and Jericho Chambers, a more detailed explanation of the program can be found here. This event was a discussion with asset managers and investment funds on what tax barriers exist to cross-border investment in renewables and decarbonization technology and what solutions could be envisaged.

The event was held under the Chatham House rule and this note is a summary of the views expressed by the nine participants.1 All opinions are anonymized and do not represent official views of any organization or any KPMG member firm. Where individuals are quoted, expressed permission has been obtained.

Mike Hayes, KPMG’s Global Renewables Leader, began by outlining three key global barriers to investment into the climate and decarbonization sector – refer to the article write up of the roundtable with institutional investors on 22 July 2020.

The role of tax incentives in driving green investment

Participants thought tax incentives have a role in driving green investment, but need to be transparent and with clear policy objectives. The environmental and social benefits should be clear and some kind of green certification for investment could be desirable.

Participants thought that there was a place for tax incentives to facilitate investment in the green recovery. One noted that incentives had played a part in, for example, driving decisions they had made to invest in the renewables sector in the US. Nevertheless, several participants voiced some concerns. One participant pointed out that certainty over the period of time during which any incentives could be utilised was the most important factor. Any concern, therefore, that incentives could be removed at a future date without adequate notice or a wind-down period, possibly following a change of government - increased risk. Secondly, there was concern about adverse publicity if it appeared that a particular investor, or project, was getting a special deal. It was agreed that any incentives had to be completely transparent and the policy rationale needed to be clear.

Another participant noted the growing interest in the Environmental, Social and Governance (ESG) agenda and said it was important that governments could clearly articulate the environmental and social benefits which flowed from any incentives. It was suggested that it could be advantageous to have some kind of accreditation scheme - ideally international or multi-lateral - to certify that a particular project fulfilled green objectives before any incentives were given. This could help both with communication of the purpose of the incentives and, to a certain extent, with giving investors greater certainty that they would not be subsequently revoked. One example of green certification which was raised was a provision in Australian law which provides beneficial treatment for distributions out of a fund investing in buildings which are designated by the local council as satisfying certain green criteria. It was also noted that the EU Commission is undertaking an important project of creating a taxonomy to define what is green activity.

There is a need to diversify and broaden the pool of investors prepared to invest in green projects.

It was generally agreed that there is quite a limited pool of investors prepared to put money into green projects due to the majority of investors not being able to utilize any tax incentives and it was important to diversify the sources of funding – particularly if it was to reach new technologies. This could include creating structures to enable investment from retail funds as well as encouraging overseas capital. Using green bonds to widen the investor base was also mentioned. One participant noted that even where incentives which flow through to investors are given, while there is a limited pool of investors, liquidity is restricted which means an investor will likely not be able to monetize 100% of the available incentive. This inefficiency increases the cost of capital and reduces the pool of available funding. There would therefore be a virtuous circle in diversifying funding sources which would increase liquidity of investments and facilitate wider participation.**
**

Participants agreed there is need for greater understanding amongst policy makers and the public about why certain investment structures are needed to facilitate (typically inward) investment and it would be beneficial to create mechanisms for increasing certainty over the tax treatment.

More broadly, it was noted that the OECD Base Erosion and Profit Shifting (BEPS) project had enabled countries to take action to address issues such as excess leverage and treaty shopping, but had not been designed with the particular situation of private capital in mind. For example, the need to use multiple tiers of holding company to facilitate investment from investors in different countries or with different tax profiles. Anti-avoidance tests such as the principal purpose test (PPT) in a treaty can deny withholding tax reductions and create uncertainty about the tax cost in a structure.

It was noted that there is also an issue of public perception. If certain offshore financial centres appear in a structure involving foreign investors there is an assumption that they are being used for tax avoidance. Maybe there is a need for greater communication about the role such centres and overseas investors play in facilitating investment. It was pointed out that, for example, HMT in the UK are currently conducting a consultation on the need for intermediate holding companies in fund structures with a view to potentially reforming UK tax rules to make the UK a more conducive intermediary location.

Some participants wondered if it would be possible to design mechanisms for obtaining greater certainty, for example over PPT clauses. An idea was floated of creating some kind of regulation for structures which would allow investee countries to look through to the ultimate investors and apply the applicable tax rules – like withholding taxes – as if the investors had invested directly and not through intermediate structures.

It was also noted that the Australian government’s recent reversal of a number of tax treatments applicable to foreign institutional investors adversely impacted their returns on long-term investments made based on the law as it stood at the time. This has since led to a drop in inward investment in infrastructure and is a good example of how unexpected changes in tax policies can act as a barrier to the flow of global capital to where it is most needed.

The effect of exit taxes

There were mixed views about the effect of exit taxes, but they are likely to be far less important than on-going taxes in modelling net cashflows.

One participant thought that the consideration of exit taxes did impact investment decisions. Therefore, increasing moves to tax indirect offshore gains did create uncertainty. However, another noted that the current tax charges – local corporate income taxes and withholding taxes – were far more important in modelling net cashflows. For long term investment the model would not necessarily include any exit tax. Another participant noted that exit taxes did create an issue for cross-border investors where there were rules which gave preferential treatment to local investors.

A key issue is how to incentivize investment in new technology. Participants thought a blended finance model to reduce the risk and broaden the population of investors could be a way forward.

It was noted that while investors were willing to fund established green technology projects – eg renewable energy such as wind and solar power – there was far more risk in financing new technologies – such as carbon capture or hydrogen projects – which would be necessary to reach climate change targets. Tax incentives had a role to play. However, incentives such as research and development credits often were not fully effective, as developers may have initial losses and could not use them. Some tax systems address this issue by allowing tax credits to be repaid in cash and some allow them to be used against other taxes, such as payroll tax.

However, it was noted that the real issue is how to minimize risk investment in new technologies. It was suggested that blended finance could be key to unlocking private investment. This would involve governments co-investing, so as to take the first risk. One participant pointed out that concerns have been expressed – especially from Civil Society – about models where the public takes a greater share of the risk and private investors take a larger share of the rewards. This tension was acknowledged but it was pointed out that often governments, or bodies such as the EU institutions – are investing considerable funds through various types of grants in green projects. However, such models can be cumbersome; it can take considerable time for developers to access funding; and funds do not always go to the most promising prospects. It could be more efficient for public funds to be invested in blended finance vehicles together with private money. Professional fund managers would then make decisions about which projects should be financed. 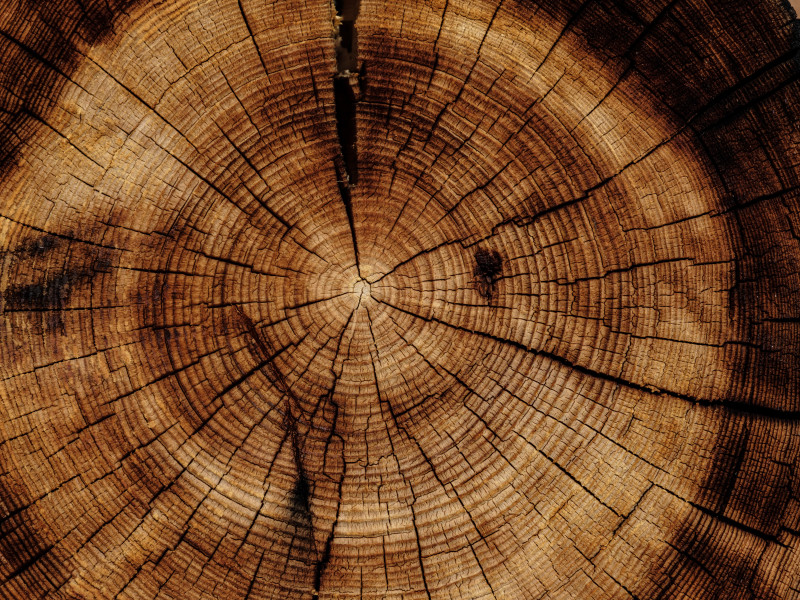 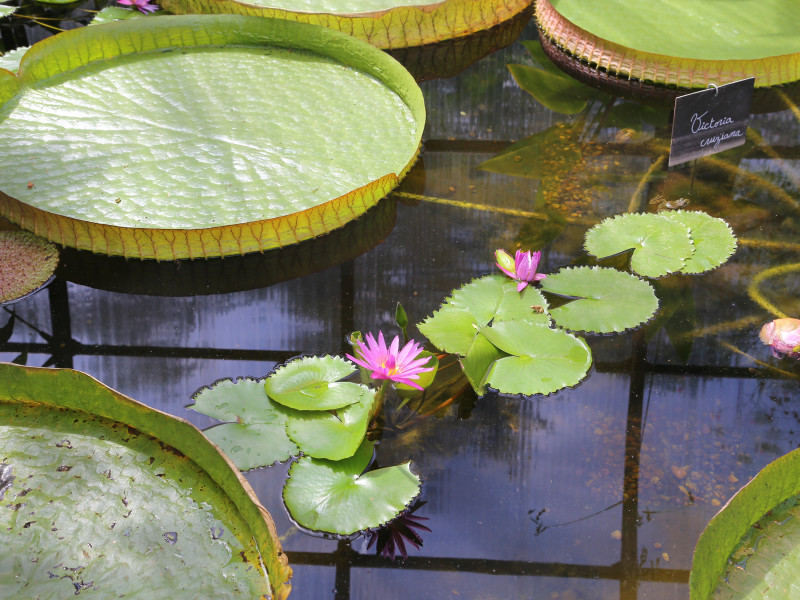 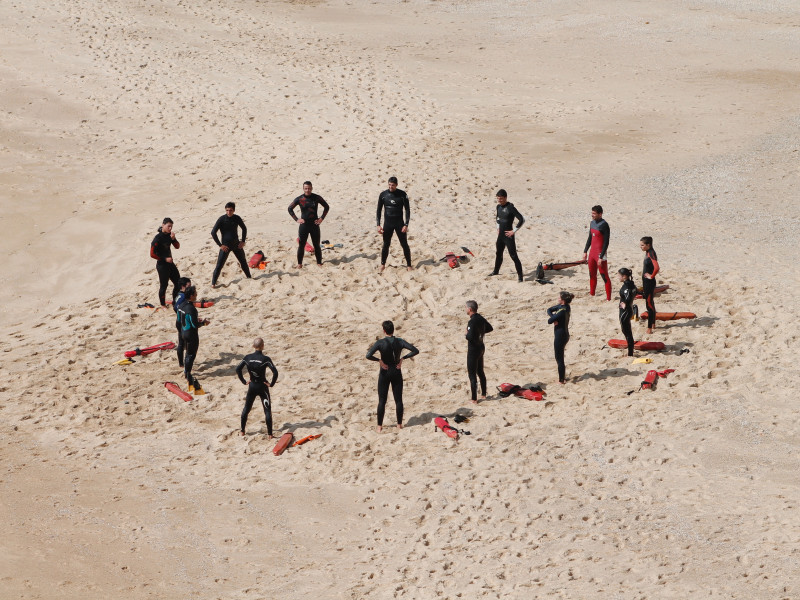